One Word for 2018—Living with FOCUS

I’ve never been any good at making (or keeping) New Year’s resolutions. For me, resolutions were always recipes for failure (and discouragement). I learned that if I didn’t make a resolution, I couldn’t break it. But, at the same time, I lost the inherent challenge to improve and achieve that resolutions provided.

Several years ago, a couple of friends of mine, Dan Britton and Jimmy Page, launched a new take of the New Years resolution trend when they released their book entitled Get One Word. The book suggested that instead of choosing a resolution (or goal) to attain for the year, I should pick a word that would become a theme for me in the upcoming year.

I was tired of declaring new resolutions that ended in failure. So I gave Dan and Jimmy’s new idea a try. The results were amazing!

One Word For The Next 12 Months

So, last year, (in 2017) the word I chose was INTENTIONAL. 2017 became an amazing, transformative year for me. As I considered my word over the 12 months, I started to think consciously about being intentional in different areas in my life.

“You will never reach your destination if you stop and throw stones at every dog that barks.” ~ Winston Churchill

Now, one year later, I’ve contemplated a new word for 2018. Actually, I started thinking about my word several weeks ago. I wanted it to be a good word; one that would help keep me moving forward.

After tossing around several options, my new word for 2018: FOCUS.

News Flash: I have ADD.

I rubber-neck every time I hear the word ‘squirrel’. It’s exhausting and contributes to wasting tons of valuable time.

I’m excited to see how this word “FOCUS” will help me to eliminate time-wasting distractions and find new levels of productivity in my:

Thanks to my friends Dan Britton, Jimmy Page and Jon Gordon for inspiring us all to Get One Word.

Freelancing in a Pandemic: 3 Reasons Not to Worry

We’ve been living with the pandemic for eight months now, a continuous slog that can sometimes feel like eternity. I’ve spoken several times about business mindset during this challenging period. But now it’s time to focus on more practical business strategies for freelancing in a pandemic.

Setting business goals is an essential part of moving forward strategically. Here are some ways to zero in on what moves the dial when it comes to goal setting.

Building Client Relationships Vs. Job Cycles in the Gig Economy

Are you constantly frustrated with the idea of finding new clients every month just to keep your business alive or do you try to build relationships with ? I realize that as a freelancer this is, to some degree, inevitable. But what I found was when I started to shift...

Setting business goals is an essential part of moving forward strategically. Here are some ways to zero in on what moves the dial when it comes to goal setting.

Building Client Relationships Vs. Job Cycles in the Gig Economy

Are you constantly frustrated with the idea of finding new clients every... 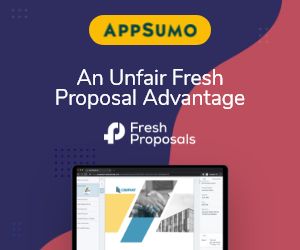 Can I help you find something?

You have Successfully Subscribed!

🔒 We hate SPAM and promise to keep your email address safe.

We use cookies to ensure that we give you the best experience on our website.Thanks, I got it!